Basal cell carcinoma (BCC) is the most common cancer among Caucasians. It generally occurs on sun-exposed areas of the body, mostly on the head and neck (80%), trunk (15%), but rarely on arms and legs. Skin phototypes 1 and 2, male sex, old age and a history of previous sun burns are all considered significant risk factors in developing BCC. 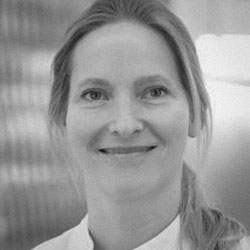 A high risk of cutaneous Squamous cell carcinoma (SCC) recurrence is characterized by different features including a vertical tumor thickness above 6mm, a low differentiation, perineural invasion, localisation on the lip/ears or immunosuppression.

The gold standard for high-risk SCC is micrographically controlled surgery. In tumors excised with scarce margins, perineural invasion or extensive lymph node metastases, adjuvant radiotherapy can be discussed. However, in advanced local disease, primary radiation or even systemic therapy can be indicated.

To facilitate treatment decision for a patient with advanced local disease a decision aid is developed and presented. Moreover, new treatment strategies such as local injections with oncolytic viruses might be a promising new treatment option. In patients with resected high-risk SCC, adjuvant systemic therapy might be considered in the future.

Merkel cell carcinoma (MCC) is a rare, but highly aggressive tumor of the skin that tends to metastasize at an early stage. Although MCC is still a rare tumor mostly in elderly persons, its incidences seem to be on the rise worldwide. Sun exposure, impairment of the immune system and Merkel cell polyoma virus play an important role in its development. MCCs arise mostly in chronic sun exposed areas such as the head and neck area, but also on the extremities. They usually present as reddish, pink or purple nodules that are painless and grow very fast. Due to early metastases in locoregional lymph nodes, sentinel-node biopsy is indicated after exclusion of locoregional macro-metastases. In primary tumors without evidence of organ metastases, complete surgical excision with an adequate safety margin is indicated. Radiation therapy should be considered at all stages of the disease.

In advanced MCCs that can no longer be treated by surgery or radiotherapy, there is still no established systemic therapy for which an improvement in recurrence-free survival or overall survival has been demonstrated in a prospective randomized study. However, the use of PD-1 or PDL-1-antibodies such as avelumab, nivolumab or pembrolizumab has become standard in these cases. Chemotherapy regimens are no longer used as a first line treatment, but can be considered after progression under systemic therapy with checkpoint inhibitors.

All therapeutic decisions concerning surgical, radiotherapeutic or systemic treatment of MCC should be discussed in an interdisciplinary tumor board.

Immunosuppressed patients, especially organ transplant recipients, are at big risk of keratinocyte cancers. Indeed, the incidence and aggressiveness of squamous cell carcinoma (SCC) and Merkel cell Carcinoma (MCC) dramatically increase in these patients. As the risk of recurrent and metastatic disease is significantly increased in these patients, there are specific recommendations for appropriate management, with management of both early and late stages of the disease discussed on multidisciplinary tumor boards.

This presentation will be based on clinical cases to focus on the following points: the characteristics of keratinocyte cancers in organ transplant recipients, in terms of behavior and prognosis; how to treat these patients at early stages of the disease; how to handle their immunosuppressive regimens; which preventive measures should be implemented and when; how to treat locally advanced/recurrent/metastatic disease at the era of immune checkpoint inhibitors, and which carry the risk of graft loss in these patients. 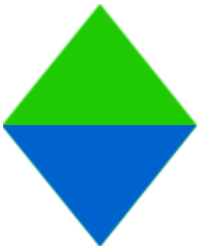